...a 'suspended' LJ account? Just in case it refers to someone who has not posted for a specific period of time, here I am posting this to make sure my LJ account remains 'un'suspended!! :)

He wishes many of us by posting our Birthdays on his LJ... time for us to acknowledge and wish him on his Birthday!

After 30 plus years of having gotten rid of those bothersome thingies called spectacles...I shall soon have them again!

If you own a Flickr account...and believe in the Tibetan cause...do go there and post a picture supporting the 'Free Tibet' movement today - Monday 14th April 2008.

This is a silent movement to show solidarity with the cause of the Tibetans and people like us can help spread the word...

This one friend of mine deserves special mention! She has been with me every step of the way since June last year. I met her just as I was about to change jobs. I was worried I would get lonely when I would have to be away from friends and familiar environs..travelling...being away from home more than two weeks in a month! She promised to keep me company no matter where I went. Its a promise she has kept to this day!

Have to thank Pinky's momma....for letting her spend so much time with me! I know you are reading...so here...take a bow from me Pinky's momma dearest! Your little baby is my very precious friend!

Feels really great when one gets calls from or speaks to some really old friends!! And I have been feeling great! Have suddenly been in touch with some very very dear friends! It has been a series of calls/ meetings with friends over the last couple of days! April 10th - a friend's birthday! (We speak to each other only on birthdays!!) I call up to wish her and find out that she has just had a baby! Congrats Anita! Wonderful news! Later in the day I phone yet another friend to wish her on her birthday and find out that she is in the USA!! (Way to go Malini!!) Cool! Later last night I get a call from another friend..after a very long time! I was waiting for this call and hoping it would come (one of those cases where you are sure you don't want to call unless the other person does!!) It was wonderful speaking to him..way past midnight! Coolio... Mama...that was fun!

11th April - Josh...that's what I call my very very dear friend Nupur...it is always lovely to talk to her..whether birthday or not! Whether in India or outside! I spent nearly half an hour on an International Call ... and this was only a Birthday wish call ;)

12th April - was the birthday of yet another friend ..we had been together in school way back in 1980! I Called up to wish her and had a lovely long conversation...apart, of course, from getting an invited to spend some girl time together at her place in the tea gardens in Alipurduar !! Our little gang of four had come together in Loreto House, Calcutta, quite uniquely, in 1980! Navina was from Carmel Convent Calcutta, Sangeeta from Frank Anthony Public School, Delhi and Neelanjana and I were, coincidentally, from Loreto Convent Lucknow! We found each other only in Loreto House, Calcutta and we studied together for barely two years! In 1982, Sangeeta moved to Delhi, I moved to Madras while Navina and Neelanjana continued in Calcutta! Somehow, we kept in touch...mostly through snailmail...there was no email back then!! We had decided that we would make an effort to come together and meet at a common point on the silver jubilee of our first meeting...and WE DID!! January 25th, 2006 was special...Neelanjana came from USA, Sangeeta from Alipurduar, I travelled from Madras..just for two days, to Calcutta, where we all met at Navina's place! OooooH! Much fun was had! Way back in 1982 we had taken a photograph of the four of us together! We took another photograph of the four of us together..one of those touristy sketch thingies (one minute computer sketches) done at some random mall in Calcutta! ( Collapse ) Sangeeta...our chat today brought on such a flood of wonderful memories!

Later in the day I had gone to the Salon for a usual grooming routine...I enter, take my seat and turn to look around out of sheer curiosity, and lo and behold, sitting right next to me, I find Rekha, a very dear friend of mine from college! We used to hang out together all the time and had been touch even afterwards for some years (I had even done the bridal mehendi for her when she got married)...just that of late both of us got kind of busy with our own lives and even though we knew we would be able to pick the threads up from where we left them, we didn't really pick them up!! And today, the one hour that we were in the Salon getting ourelves attended to...was brilliant! Not only did we catch up on all the news, we also caught up with yet another good friend from college (mobile phones - great invention) and made plans for a reunion in the coming couple of weeks!

On returning home, I was joined by another close friend...who came over spend the afternoon. We had a good time together! Chatted, ate, relaxed...till it was time for her to leave for her Saturday late matinee movie at the club, and for me to leave to meet yet another dear dear friend. Divya and I had not met for over a year! She had called me a couple of days back saying that she was waiting for me to return from Gurgaon and that she wanted to have some 'hygienic Chaat'!! I had promised her some home made chaat ...so she could eat without worries. I did wonder, though, how I would manage that, what with full work days and yet another upcoming trip to Gurgaon! The solution - if she couldn't come over home for the chaat, the chaat could go to her!! So, it was Alu Tikki with dahi and chutney that went to Divya's parents' home in IIT Madras...for dear Divy to enjoy! 'Hygienic' home made 'chaat'!! It was most satisfying to watch her gorge on the alu tikkis going "yum yum yum yum".. baby style! There was enough for her brother and parents to have as well! I felt happy and gratified!! As I left her place, in true Tam Brahm tradition, her mum gave me vettrilai paakku and handed me an armful of ( Collapse )
I had missed Divya's Valaikappu as I was away in Delhi! (Aside: I love glass bangles! I have a huge collection of those...some of the oldest ones in the collection go as far back as 1976...when i was in school!!)

I returned from Divya's only to log on to the net to check my mail and, guess what.. found that yet another friend had just found me on Facebook!!

2:45 in the morning and sleep eludes completely...Not my normal style...I sleep well on a normal night! But damn...this is something else! I can't sleep because of a #*@*# e mail!!
Have been away from home nearly 3 weeks to get this piece of work sorted out...and,,,damn...I could just as well have gone back and been at home....less than half the effort would have sufficed...and damn...all this enlightenment happens in retrospect!! DAMN!! What a waste of time,energy, effort and emotions!!! DAMN!!!
Is this what my spiritual Guru of sorts had been warning me about? Could be! He had forewarned me of some such occurrence and advised meditation to help me tide over the likely adversity...I had followed his counsel.... erratically...! I might have slept well had I been regular in my practice..
Ah well...on the flip side...as I lie awake, the wind is whistling through the tiny gaps in the doors and windows of my room! Bolts of lightning light up the sky and my room intermittently.. .the usually dusty and smogfilled environs of Gurgaon appear to have been wiped clean of all the grime and the city lights are shining brighter...I can see far into the distant horizon even as I type this post!The heat of the day has all been washed away by this rainy breeze...it feels almost like a thunderstorm, though not quite!

And my thumbs hurt from typing so long on this tiny BlackBerry keypad (sureshot prescription for RTI)...if only I could forget it all and just sleep...."After all", like Scarlett said..." tomorrow is another day" ... DAMN...or may be Fiddle dee dee!!!

A random chat with

ezee123 made me realise that I had not posted since hubby returned from hospital..repaired and much better than before (in terms of health and lifestyle)!! Thanks buddy for reminding me that my last post (that sounds spooky :D) was from Hospital and I have been out of that hospital for a fair bit of time!!

Not much time to update given my very hectic and rather crazy work/ travel schedule!! Have done enough travelling over the last three months to get two tier upgrades on the airline I use most! Haah.. Soon Silver shall turn to Gold...and this is NOT a fairy tale!

Loads of stuff has happened since I last posted *chuckles* changed my job ! Life has been moving at a pace hitherto unknown...it seems like days morph into weeks morph into months morph into a new year...and the pace is yet to slow down!

Priorities have changed drastically and LJ has reached some bottom rung that rarely gets to see the light of day! Not sure if my friends even bother to check if I posted remember me! Ah well.. anyway...!! Been travelling a lot.... on work mostly, a bit for fun as well.... for anyone who may be interested..

The farthest that I went... 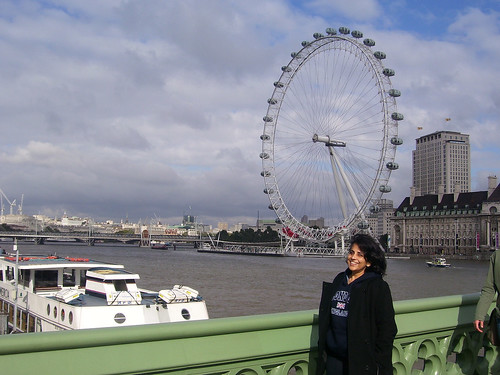 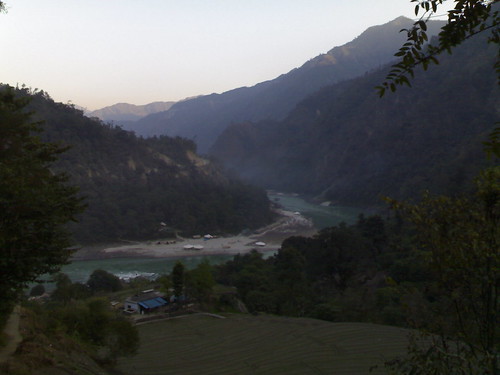 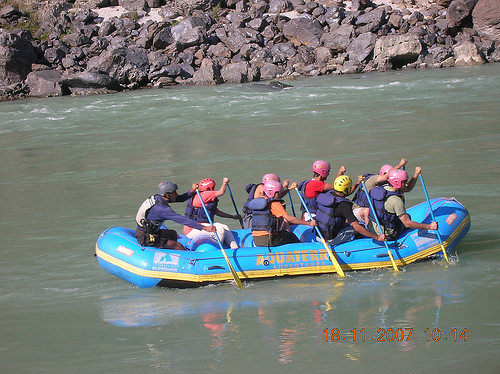 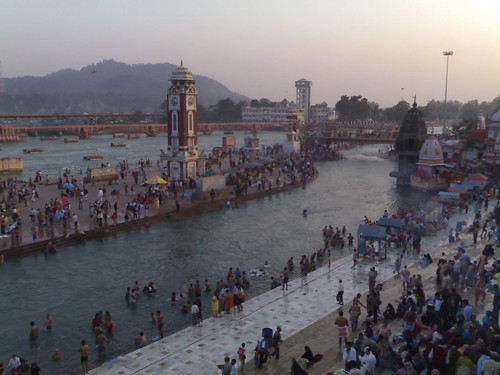 Hope to be able to keep posting every once in a way... :-) And Thanks

ezee123 for that chat nudge!!
Collapse